Areté Structures recently acquired a 90-foot iconic timber bridge designed by internationally known British bridge designer Richard La Trobe-Bateman. Bateman is known for designing structures using the least number of pieces as possible. He uses angles and thinks three dimensionally, to create bridges and other structures using timber, steel and wire rope. This bridge consists of over 2,700 board feet of Douglas Fir Larch from British Columbia and each steel connector was uniquely fabricated. This bridge was featured at the 2017 Timber Framers Guild Conference in Madison Wisconsin, where the bridge was temporarily assembled 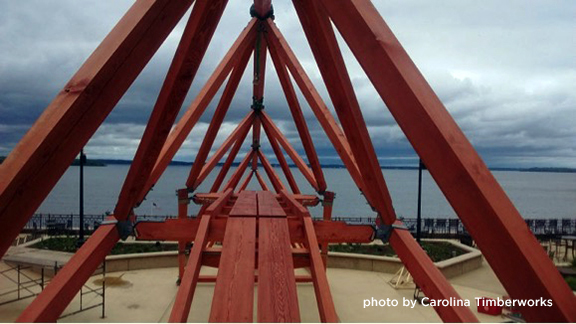 Areté Structures designs, manufacture’s and delivers prefabricated pedestrian bridges, and they hope that this lovely and artistic bridge will find the perfect home in the beautiful state of North Carolina. 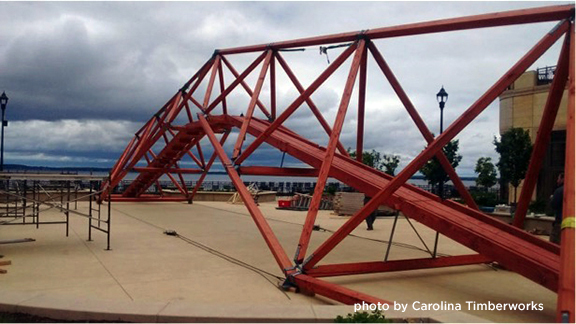 The timber pedestrian bridge is available for sale for anyone looking for a unique, functional, and elegant structure. This bridge is a terrific addition to any urban or city park, or could be a fantastic focal point for a residential property. Contact Areté Structures, for additional details.